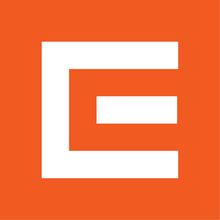 Climate Lobbying Overview: CEZ is actively engaged with EU climate regulation but appears to show mixed support for regulations intended to tackle climate change. CEZ has stated support for the need for drastic emissions reductions. However, although the company seems to support the transition to a low carbon energy mix, it appears to favor market-based mechanisms, such as the EU Emissions Trading Scheme (EU ETS), over other kinds of regulation. CEZ therefore appears to have opposed some specific climate policies, such as those intended to increase the share of renewables in the energy mix.

Top-line Messaging on Climate Policy: In 2021, CEZ stated support for reaching net-zero GHG emissions in the Czech Republic, but did not specify a timeline in its sustainability report. However, in June 2019, the company expressed support for the EU target of net-zero emissions by 2050 as part of the Nuclear Europe Leaders’ Manifesto. CEZ appears to prefer market-based responses over government regulation and has stressed the importance of global regulations over action in Europe. In line with this position, CEZ appears to show strong support for the Paris Agreement.

Engagement with Climate-Related Regulations: CEZ appears to support some specific climate change policies, while seeming to oppose others, with a preference for policies that use market-based mechanisms. CEZ seems to strongly support the EU ETS, and in response to several 2021 EU consultations, has advocated for the expansion of the scheme to the transport and building sectors, and supported reforms such as free allowance reductions to align with other EU climate policy. The company has also stated in 2020 that sectors not covered by the EU ETS should be covered by a carbon tax and has also indicated support in August 2020 for a border carbon adjustment mechanism to reduce emissions from imported goods. In a 2021 EU consultation, CEZ appeared to not support an increase in ambition for the EU’s Energy Efficiency Directive, instead advocating for market principles to drive energy efficiency gains. In its response to the 2021 EU consultation on the Renewable Energy Directive revision, CEZ seemed not to support increasing renewable energy targets for 2030, as well as opposing mandates or quotas for renewable hydrogen in a 2020 position statement. Additionally, in March 2020, CEZ petitioned the Czech government for exemptions from emissions standards for coal power plants in its portfolio. The company also appeared to support increasing the EU’s 2030 GHG emission reduction target, but only advocated for a rise to at least 50% emission reductions in its 2020 consultation response as compared to at least 55%.

Positioning on Energy Transition: CEZ appears to broadly support measures to transition the energy mix. CEZ’s 2020 position statement on the EU strategy for carbon neutrality advocates for widespread electrification as part of the transition to a low carbon economy, and press releases from June 2020 appear to support phasing out coal from the energy mix. However, there is some uncertainty around CEZ’s position on the pace of this transition, with some evidence suggesting CEZ’s preferred trajectory for coal is not aligned with IPCC guidelines. Despite supporting exemptions under the EU ETS, the company, in its 2020 consultation response, seems to support the removal of exemptions for fossil fuels, including coal, under the EU’s Energy Taxation Directive. CEZ appears to be unsupportive of the long-term role of fossil gas in the energy mix, stating in feedback to the European Commission in May 2020 that it is “not compatible with a climate neutral economy” and arguing against the use of subsidies to support fossil gas. CEZ appears to support a role for nuclear energy in the future energy mix, and in 2020 lobbied for nuclear energy to be included in the EU sustainable finance taxonomy in feedback to the European Commission.

Industry Association Governance: CEZ discloses a list of its membership of industry associations in its 2020 sustainability report. However, CEZ has not published a full audit disclosure of its alignment with its industry associations and therefore it is not clear how CEZ is influencing the climate positions of these groups or the extent to which their positions are aligned. CEZ is a member of Eurelectric and the International Emissions Trading Association, both of which appear to be positively lobbying on progressive climate policy. In addition, the CEO of CEZ Group, Daniel Beneš is the Vice-President of the Confederation of Industry of the Czech Republic, the premier business lobbying group of the Czech Republic, which appears to be lobbying negatively on climate policy; for example, calling for the Czech government to oppose the increase in the EU GHG reduction target for 2030 in May 2020 as a result of the Covid-19 pandemic. Beneš also sits on the Czech Coal Commission, an advisory body to the government set up to decide upon the phase out date for coal in the Czech Republic.

CEZ is an indirect member of Eurelectric through CSZE

CEZ is an indirect member of Eurelectric through CSZE

CEZ is an indirect member of GasNaturally, through its membership of Eurogas

CEZ is an indirect member of GasNaturally, through its membership of Eurogas