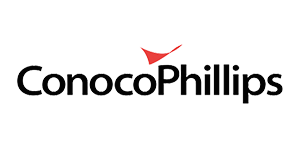 Climate Lobbying Overview: ConocoPhillips has improved its top-line communications on climate in recent years but continues to lobbying to promote the role of oil and gas in the energy mix. Furthermore, the company retains a network of high-level memberships to industry associations actively opposing climate policy.

Top-line Messaging on Climate Policy: In 2019, ConocoPhillips stated support for large-scale action to keep global warming below 2 degrees Celsius. This follows ConocoPhillips calling on the U.S. to remain in the Paris Agreement in 2017, and again in 2020. ConocoPhillips’ position on climate science is ambiguous: the company states on its corporate website it 2020 that it recognizes human activity, including the burning of fossil fuels, contributes to increased greenhouse gases, which “can” lead to adverse changes in the global climate. It then goes onto say about the science: “While uncertainties remain, we continue to manage GHG emissions in our operations…”. Evidence suggests ConocoPhillips is suggesting the science is uncertain, however, its not completely clear if this is what the company means.

Engagement with Climate-Related Regulations: On ConocoPhillips’ 2020 'Public Policy Engagement' page on its corporate website, the company supports carbon pricing. In 2020, ConocoPhillips continues to support the Baker-Schultz Carbon Dividends Plan and is a member of the Climate Leadership Council, a group which pushes for a carbon dividend. However, ConocoPhillips' support for a carbon price comes at the expense of additional forms of policy, stating on its 2020 'Public Policy Engagement' disclosure that a carbon price should ‘result in some relief via the elimination of other laws and regulations’. In 2019, ConocoPhillips supported a carbon tax in the U.S which also proposed the removal of the Clean Power Plan.

The company has, in particular, previously lobbied against US methane regulations. This lobbying has included opposition to many of the requirements related to methane emissions implemented by the U.S. Bureau of Land Management before their repeal in 2018. ConocoPhillip’s has also supported the revisions of the US EPA’s emissions performance standards for oil and natural gas facilities to remove what it considered ‘unnecessary’ and ‘burdensome’ obligations to inspect and monitor fugitive emission leaks in 2017. In 2019, the company has pivoted to state that it supports some form of 'cost-effective' and 'fit-for-purpose' methane regulation, particularly in the absence of a carbon tax, however it is unclear what this means in practice.

Positioning on Energy Transition: ConocoPhillips does not appear to support transitioning the energy mix. In its 2020 Political Support Policies & Procedures statement, ConocoPhillips states that it uses grassroots advocacy to supplement the company's lobbying efforts 'by influencing officials to take favorable action on legislation or regulation important to the company.' ConocoPhillips has an advocacy website called 'Power in Cooperation' through which it promotes fracking, additional investment into oil and gas infrastructure, and the increased use of gas, stating it is 'good for the environment'. The 'Power in Cooperation' website also encouraged users to vote in the 2020 Election, stating 'Energy advocacy is powered by people, like you, in communities across the country who know their votes matter.' ConocoPhillips claims the lobbying achieved through this site was 'crucial in the repeal of the crude exports ban' on its public website in 2020.

Furthermore, in a communication from 2020, the company appears to advocate joining the Paris Agreement. However, this participation appears to be in order to encourage other participants to use emissions reduction technology and fuel-switching to US gas to reduce emissions. Additionally, it has been reported that ConocoPhillips lobbied the Bureau of Land Management in 2020 to remove the environmental impact criteria from regulation preventing the development of oil and gas in the Artic National Wildlife Refuge. In 2020 it has also been reported that ConocoPhillips has spent $11.2m lobbying the Department of the Interior since 2017 on approvals for fossil fuel projects.

Industry Association Governance: ConocoPhillips retains membership to several powerful trade associations actively opposing climate regulation in the US. These include the American Petroleum Institute, Western States Petroleum Association, [123 US Chamber of Commerce, Natural Gas Supply Association, National Association of Manufacturers, International Oil & Gas Producers Association, and Business Roundtable. In its 2020 Public Policy Engagement statement, ConocoPhillips reviewed its memberships and stated it was aligned on climate change positions with all these groups. This is with the exception of API's position on the direct federal regulation of methane, however, overall, ConocoPhillips maintains its alignment with API is consistent.

Conoco Phillips is a member of US Chamber of Commerce.

Conoco Phillips no longer appears in the member list of the US-Turkey Business Council.

Conoco Phillips is a member of the US-Turkey Business Council

Conoco Phillips is a member of US Chamber of Commerce.

Conoco Phillips no longer appears in the member list of the US-Turkey Business Council.

Conoco Phillips is a member of the US-Turkey Business Council

Conoco Phillips is one of 82 members of IOGP.

No senior executive of Conoco Phillips on the management committee of IOGP.

Conoco Phillips is one of 82 members of IOGP.

No senior executive of Conoco Phillips on the management committee of IOGP.

Conoco Phillips CEO is chairman of API board of directors

Conoco Phillips CEO is chairman of API board of directors

President of Australian branch of ConocoPhillips is on the board of APPEA.

President of Australian branch of ConocoPhillips is on the board of APPEA.

ConocoPhillips is a member of NGSA (Up to date as Feb 2021).

ConocoPhillips is a member of NGSA (Up to date as Feb 2021).

CEO of Conoco Philips is a Direct Member

CEO of Conoco Philips is a Direct Member

CEO of ConocoPhillips is a member of NPC

CEO of ConocoPhillips is a member of NPC

ConocoPhillips is a member of QRC

A subsidiary of ConocoPhillips is a member of QRC

ConocoPhillips is a member of QRC

A subsidiary of ConocoPhillips is a member of QRC

Subsidiary of ConocoPhillips is a direct member of CCoC

Subsidiary of ConocoPhillips is a direct member of CCoC

ConocoPhillips is one of 22 associate members of AIP.

ConocoPhillips is one of 22 associate members of AIP.