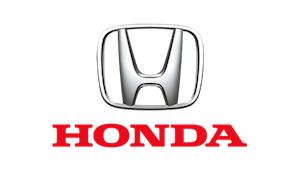 Climate Lobbying Overview: Honda is engaging with climate regulations in the USA, Japan and UK with mixed positions. While the company has supported some policy to facilitate the decarbonization of road transportation, Honda has also seemed to strongly oppose legislation which explicitly favored Battery Electric vehicles (BEVs) over hybrid vehicles. The company is also a member of a number of obstructive trade associations.

Top-line Messaging on Climate Policy: Honda appears to support emissions reductions, describing itself as “firmly committed to mitigating climate change impacts” in its 2019 North America Environmental Report, published in 2020. The company does not specify whether it supports global emissions reductions in line with the recommendations of the IPCC. The company has also stated its support for regulatory “efforts to curb climate change caused by carbon emissions” in the United States in a statement to Jalopnik in 2018. InfluenceMap cannot locate evidence of a position on the Paris Agreement, although the company does shape its messaging on emissions reductions around support for the UN Sustainable Development Goals.

Engagement with Climate-Related Regulations: Honda has consistently engaged with US policymakers on regulation to decarbonize road transport. In an October 2018 submission to the EPA, the company supported maintaining Obama era Federal Corporate Average Fuel Economy (CAFE) and GHG standards. However, Honda formed part of a group of companies which wrote a letter to President Donald Trump in June 2019, advocating against freezing federal CAFE standards, and instead supporting proposed standards weaker than those set under the Obama Administration. In July 2019 Honda entered into a voluntary compromise arrangement with California regulators that accepts the state's tailpipe standards and zero emissions vehicles mandates. Honda also stated broad support for carbon pricing in the form of a carbon tax or emissions trading scheme in the United States in its 2019 North American Environmental Report.

Positioning on Energy Transition: Honda appears to support a low carbon transition for road transport, stating its general support for policy to facilitate the decarbonization of transport fuels and to support electric vehicles in its 2019 North American Environmental Report. However, while the company has supported measures to incentivize low emissions vehicles (including battery electric, hybrid and hydrogen fuel cell vehicles), for example in its October 2018 submission to the EPA on the CAFE rules, the company seems to sometimes focused on securing a continued role for hybrid vehicles at the expense of BEVs. Honda appears to reject other forms of regulation which directly incentivize BEVs over hybrid vehicles, opposing zero emissions vehicles mandates in California in 2020 and in Colorado in 2018. Similarly, in the UK, Honda seemed to oppose the UK’s plan to phase out hybrid vehicles by 2035 as “too narrow” and was one of a group of companies that sponsored a 2020 report "Decarbonising Road Transport: There Is No Silver Bullet", which appeared to make a number of assertions about EV lifecycle emissions that have been criticised as exaggerated by experts. Honda President and CEO, Takahiro Hachigo, said in March 2020 that the company would prioritize hybrids over EVs.

Industry Association Governance: Honda does not have a dedicated, centralized disclosure of its membership of and engagement with industry associations. Rather, each geographic segment of business reports individually through annual Environment Reports, with differing degrees of accessibility, consistency and detail in terms of the information disclosed. The company is a member of a number of obstructive trade associations, including the Society of Indian Automobile Manufacturers (SIAM), the Society of Motor Manufacturers and Traders (SMMT) and the Japan Business Federation (Keidanren). Honda Chairman and Director Toshiaki Mikoshiba is a vice chairman of Japan Automobile Manufacturers Association (JAMA), Honda’s North America’s Executive Vice President Rick Schostek is on the board of the National Association of Manufacturers (NAM) and President of Honda Europe Katsuhisa Okuda is on the board of European Automobile Manufacturers Association (ACEA). The company has not completed an audit of potential misalignment with trade associations on climate policy.

Senior Executive of Honda Motors North America is a Board Member of NAM.

Senior Executive of Honda Motors North America is a Board Member of NAM.

A Senior Executive of Honda Motor Europe is chair of the CBI South Eastern Regional Council.

A Senior Executive of Honda Motor Europe is chair of the CBI South Eastern Regional Council.

A senior executive of Honda North America is a lead director at Global Automakers.

A senior executive of Honda North America is a lead director at Global Automakers.

The Chairman and Director of Honda is Vice-Chairman of JAMA.

The Chairman and Director of Honda is Vice-Chairman of JAMA.

Honda is a member of AEE.

Honda is a member of AEE.

A subsidiary of Honda Motors is a member of SIAM

A subsidiary of Honda Motors is a member of SIAM

Honda is a member of Keidanren

Honda is a member of Keidanren