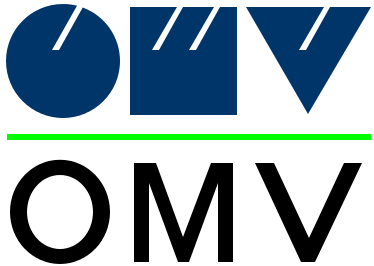 Climate Lobbying Overview: OMV appears to have broadly negative engagement with EU climate policy in 2018-20. OMV has consistently advocated in support of a long-term role for gas in the energy mix in 2020, including the construction of new gas infrastructure such as the Nord Stream 2 pipeline. In the EU in 2020, evidence suggests OMV has been unsupportive of ambitious EU GHG emissions targets, and emphasized competitiveness concerns to support a weakened EU ETS that incorporates carbon leakage protection as the EU’s primary climate mechanism.

Top-line Messaging on Climate Policy: While in 2020 OMV has stated support for the Paris Climate Agreement, other top-line communications from the company in 2018-20 have consistently emphasized the need to balance climate efforts against economic concerns. In 2020 consultation responses to New Zealand climate legislation, OMV stressed concerns around energy-poverty in responding to climate change and stated that it is important climate policies “do not heighten energy insecurity, deliver unacceptably expensive energy prices or unintentionally increase emissions”. Furthermore, in a 2018 consultation response to a long-term EU GHG emissions target, OMV appears to prioritize cost concerns over the IPCC-demanded response. OMV in 2018-20 has further stated support for a market-based response to climate change over other government regulation, including criticizing “harmful subsidies” in a 2018 EU consultation response.

Engagement with Climate-Related Regulations: OMV in 2018-20 appears unsupportive of ambitious climate-related regulations in the EU and New Zealand. OMV’s disclosed position on the EU’s 2030 climate targets in its 2020 CDP response emphasizes competitiveness concerns, advocating that a “linkage between economic target and GHG reduction target should be established in order to restore the competitiveness of the European industry”. Instead, in 2020 OMV disclosed to CDP that it supports the EU Emissions Trade System (EU ETS) “as the centre piece of Europe’s efforts to mitigate GHG”, while emphasizing the policy must include carbon leakage protections.

In New Zealand, in a 2020 consultation response OMV advocated for the New Zealand Emissions Trading System (NZ ETS) to reduce its initial transitionary price from $35 to $25 per tonne, increase its Cost Containment Reserve protection against “unacceptably high prices”, and include a lower price floor.

Positioning on Energy Transition: Between 2019-2020, OMV has used extensive corporate and CEO messaging to advocate a long-term role for natural gas in Europe’s energy mix, including promoting the Russia-Europe pipeline Nord Stream 2. In 2019, OMV CEO Rainer Seele argued that “gas is actually a key pillar of the energy transition”, further supporting a long-term role for gas in 2020 communications. Additionally, in a 2020 New Zealand consultation response, OMV advocated in favor of the long-term role of gas, and baseload thermal generation, in New Zealand’s energy mix. The company’s 2018 response to a consultation on the EU’s long-term climate strategy labeled compressed natural gas and LNG as “environmentally friendly” and further advocated that gas technologies be considered sustainable so the EU can meet its climate targets. OMV reiterated this position, also in 2018, in response to a consultation related to the EU’s sustainable finance initiative, also suggesting that “many aspects” of the EU Commission’s sustainable finance agenda were unnecessary. Concerning transport in the EU, OMV has strongly emphasized the role for gas in its 2019-20 communications and has disclosed via CDP in 2020 that it also supports policy to encourage the use of renewable fuels and hydrogen.

Industry Association Governance: In 2020 OMV published a review of 12 of its industry association memberships on its website, disclosing OMV’s roles within, and engagement with, each association alongside their positioning. Within this review, OMV stated it is “fully aligned” with all 12 associations regarding their climate-related engagement. A senior Executive of OMV is a board member of FuelsEurope, and OMV is a member of BusinessEurope, both of whom are actively and negatively lobbying EU climate legislation. OMV is also a member of the International Association of Oil and Gas Producers, who are lobbying EU climate policy with mixed, but mostly negative engagement. OMV’s industry review also did not disclose their membership of APPEA or IATA, who are lobbying against ambitious climate policy globally, and in Australia, respectively.

A senior OMV executive is on the board of FuelsEurope

A senior OMV executive is on the board of FuelsEurope

OMV is a direct member of the IOGP

OMV is a direct member of the IOGP

OMV is a strategic partner of the IATA

OMV is a strategic partner of the IATA

OMV is a direct member of APPEA through its regional segment, OMV New Zealand (up-to-date- Dec 2019).

OMV is a direct member of APPEA through its regional segment, OMV New Zealand (up-to-date- Dec 2019).