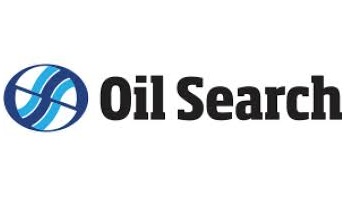 Climate Lobbying Overview: Oil Search communicates mixed positions on climate change policy. The company has stated support for global agreements and government regulations on climate change. At the same time, it appears to support a continued role for oil and gas in the future energy mix. Disclosure regarding the company’s engagement with other policy areas and specific regulations is highly limited.

Top-line Messaging on Climate Policy: Oil Search has communicated a broadly positive position on climate policy in its top-line communications. As of March 2021, the company has acknowledged the environmental risk associated with fossil fuels production, and stated support for global agreements in line with the global warming trajectory of 2°C in its corporate reporting. In its current statement on climate change, available on the company’s website (last accessed in March 2021), Oil Search advocated for government policy to respond to climate change but provided no further details as to what specific policies it would support.

Engagement with Climate-related Regulations: Oil Search has stated on its website that it engages directly with government authorities on the development of environmental legislation (last accessed in March 2021). As of March 2021, the company has stated support for emissions trading schemes as an efficient response to climate change in its corporate reporting. InfluenceMap has not been able to find additional evidence of engagement with climate-related regulations from public data sources.

Positioning on Energy Transition: Oil Search appears to support a continued role for fossil fuels in the future energy mix. As of March 2021, the company asserted that oil and gas will continue to have a major role to play in meeting global energy demand as the world is transitioning to a low-emissions energy system. This position is also communicated by the company’s chairman in its Annual Report, published in 2020, as he suggested that low-cost oil and gas has a role in supporting the energy transition without mentioning a timeframe or the need for any abatement measures.

Oil Search is a direct member of IOGP

Oil Search is a direct member of IOGP

Oil Search is a member of APPEA

Is a direct member

Oil Search is a member of APPEA

Is a direct member

Papuan Oil Search is one of over 100 direct members of APGA.

Papuan Oil Search is one of over 100 direct members of APGA.

Oil Search is an indirect member of GasNaturally, through its membership of International Association of Oil and Gas Producers (IOGP)

Oil Search is an indirect member of GasNaturally, through its membership of International Association of Oil and Gas Producers (IOGP)

Senior executive of Oil Search PNG is the vice president of the association.

Senior executive of Oil Search PNG is the vice president of the association.