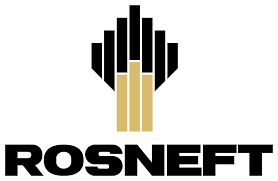 Climate Lobbying Overview: Rosneft appears to have limited but largely negative engagement with climate change policy. There appears to be limited evidence of engagement with specific climate-related regulations, but Rosneft does not seem to fully support the transition of the energy mix and maintains consistent support for a long-term role for fossil fuels, particularly gas, in the energy mix.

Top-line Messaging on Climate Policy: Rosneft appears to have limited engagement with climate policy in its top-line messaging. Although in its 2019 Sustainability Report, Rosneft is clearly concerned with reducing GHG emissions within its own organization, the company has not explicitly supported economy-wide global emissions reductions in line with IPCC guidance or the Paris temperature goals. Furthermore, in October 2018, CEO Igor Sechin appeared to qualify support for emissions reductions by warning of the risk of energy shortage as a result of action to respond to climate change. Despite this, in its 2019 Sustainability Report, Rosneft appeared to support Russia’s commitments under the Paris Agreement.

Engagement with Climate-related Regulations: InfluenceMap has found very limited evidence of engagement by Rosneft with specific climate-related regulations, likely due to Rosneft’s low transparency over its climate policy positions. As of February 2021, Rosneft has made no attempt to make specific disclosures on climate lobbying practices in its corporate reporting, and its 2020 CDP response does not appear to be publicly accessible. However, comments by CEO Igor Sechin in June 2018 suggests that Rosneft does not support subsidies for renewable energy.

Positioning on Energy Transition: Rosneft does not appear to be fully supporting the transition of the energy mix. In its 2019 Sustainability Report, Rosneft argued for increased natural gas production as part of the energy transition without reference to the need for carbon capture and storage. Statements delivered by the company's CEO Igor Sechin in June 2019 also suggest the company supports a long-term role for natural gas beyond its use as a transition fuel. Furthermore, in March 2018, Sechin directly advocated President Putin to bring tax incentives to give financial support to Russia’s oil industry.

In June 2019, Sechin appeared to dismiss the feasibility of the electrification of transport, stating “electric cars solve neither the problem of emissions reduction nor the problem of harmful industries ... the share of electric cars in the global fleet will not exceed 12-15% in the foreseeable future”.

Industry Association Governance: As of February 2021, Rosneft does not appear to have disclosed any of its memberships to industry associations. Therefore, although Rosneft mentions retaining memberships of “professional associations”, it is unclear how, if at all, these groups are actively lobbying on climate change policy or how Rosneft is engaging with these groups or exerting indirect influence through them. Rosneft does not appear to have undertaken any review of its industry associations or to what extent it is aligned with them on climate policy.

Rosneft is one of 23 members of MWV, as of July 2021. It is one of 13 full members of the association, and therefore has a representative on the board of directors, although the exact person who holds this position is not disclosed.

Rosneft is one of 23 members of MWV, as of July 2021. It is one of 13 full members of the association, and therefore has a representative on the board of directors, although the exact person who holds this position is not disclosed.

Rosneft is a member of FuelsEurope (accessed July 2021)

Rosneft is a member of FuelsEurope (accessed July 2021)