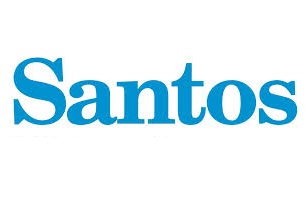 Climate Lobbying Overview: Santos has expressed top-line support for action on climate change in its corporate messaging, although the company is actively supporting the continued role of fossil fuels, particularly fossil gas, in the energy mix. There is limited evidence of engagement by Santos on specific climate-related regulation, although the company retains memberships to a number of industry associations which engage negatively on climate policy in Australia.

Top-line Messaging on Climate Policy: In Santos’ 2021 Climate Change Report, the company recognized the science of climate change and the need to limit global warming to 2°C. In December 2020, Santos also appeared to support the Paris Agreement and the need for a national policy approach to respond to climate change. In a September 2021 speech, CEO Kevin Gallagher stated that as COP 26 gets underway, 'operationalising Article 6 of the Paris Agreement should be the number one priority.'

Engagement with Climate-Related Regulations: Santos has limited engagement with specific climate change policies. In November 2019, Santos reportedly supported the use of funds under Australia’s federal Clean Energy Finance Corporation (CEFC), originally intended for renewable energy projects, to support a CCS project for an existing gas facility. In April 2019, Santos CEO Kevin Gallagher stressed the need for consultation with industry on the design of the Safeguard Mechanism, but did not take a clear position on the policy.

Positioning on Energy Transition: Santos clearly supports the role of oil and fossil gas in the energy mix, while its position on coal appears mixed. In a September 2020 press release, CEO Kevin Gallagher supported a continued role for coal, oil and gas in the energy mix for “at least the next two decades” alongside technologies such as CCS. However, Gallagher has also supported a shift from coal to fossil gas and clean fuels such as hydrogen in 2020. In Santos’ 2020 corporate reporting, the company has consistently supported the role of fossil gas in the energy mix on the basis that it is “low carbon”, without placing clear conditions on the deployment of CCS or methane abatement measures. Santos also states in its 2020 Review of Industry Associations that it derives “significant benefits” from public policy advocacy undertaken by APPEA in support of an “internationally competitive investment environment for the Australian oil and gas sector”, suggesting support for further investment in fossil fuel infrastructure. In July 2021, Santos CEO Kevin Gallagher opposed the decision by the NSW government to reduce the area where coal gas exploration can proceed, stating that the development of gas resources was needed instead of relying on imports and in May 2021 he appeared to state support for the National Gas Infrastructure Plan (Gas-fired recovery) as well as new gas developments.

Industry Association Governance: In December 2020, Santos published a review of its alignment on climate change with eight key industry associations. The review did not identify any cases of misalignment, nor did it disclose a framework for dealing with potential cases of misalignment. However, Santos retains membership to a number of industry associations that lobby against ambitious climate policy including the Australian Petroleum Production & Exploration Association (APPEA), the [133 Business Council of Australia and Queensland Resources Council. Additionally, Santos CEO Kevin Gallagher is the current chairman of the board at APPEA.

*A detailed assessment of the company's industry association review can be found on our CA100+ webpage here.

Santos is a member of International Gas Union as of September 2021.

Santos is a member of International Gas Union as of September 2021.