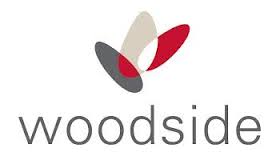 Climate Lobbying Overview: Woodside's top-line messaging suggests support for action on climate change, but does not appear to support many specific examples of climate change regulation in Australia, and also appears supportive of a major role for gas in the energy mix in the long-term.

Top-line Messaging on Climate Policy: As of August 2021, Woodside Energy appears to support the Paris Agreement, in addition to stating support for reaching net-zero emissions by 2050. However, Woodside’s support for the need for government policy to reach this target appears to have significant caveats. For example, in a submission to the Climate Change Authority in October 2019, Woodside appeared to only support policy that did not impact on Australia’s international competitiveness and in February 2020, Woodside appeared to support government regulation but qualifying this support for regulations by stating they should not affect national or regional competitiveness and seemingly preferring a market-based mechanism.

Engagement with Climate-Related Regulations: Woodside appears to have either not supported several strands of Australian climate policy or supported with significant exceptions. In May 2018, Woodside appears to have advocated for increased support for EITE industries under the Safeguard Mechanism by using less ambitious baselines for emissions. While in March 2019, Woodside’s CEO appeared to strongly oppose proposals by the Western Australian Environmental Protection Authority that would require large facilities to offset GHG emissions. In August 2020, Woodside appeared to oppose the inclusion of Scope 3 emissions in consideration during regulatory assessments under Australia’s federal Environment Protection and Biodiversity Conservation Act. Regarding renewable energy legislation, Woodside appears to have mixed engagement on the Renewable Energy Target (RET), in October 2019, Woodside appeared to support allowing the RET to continue until 2030 as legislated. However, it is unclear whether Woodside supports alternative policies such as subsidies to ensure continued support for renewables, and it also appears that Woodside supports compensation or exemption for emissions-intensive trade-exposed (EITE) industries affected by the RET. On other forms of policy, Woodside has stated support for emissions trading under Article 6 of the Paris Agreement, this appears to include support for trading of international credits without clear limits on their use, which may weaken overall climate ambition.

Positioning on Energy Transition: Woodside’s public statements suggest support for a major role for fossil gas in the future energy mix. Woodside has consistently supported a major role for fossil gas in the energy mix in the long-term, describing it in October 2020 as a “natural partner to renewables”. While Woodside also appears to support the role of renewables in the future energy mix, it has also stressed intermittency risks in a submission to the Western Australian Government in November 2019. In April 2021, Woodside submitted to the inquiry into the prudential regulation of investments in Australia’s export industries, in which it opposed any attempt to limit investments in the resource sector, including LNG, adding that LNG and gas has a significant role to play in the future. In February 2020, Woodside then CEO Peter Coleman stated that “natural gas is essential to the global energy transition in the decades ahead”. While in June 2021, new Woodside CEO, Meg O’Neill stressed the need to increase Asia’s access to gas-fired power.

Industry Association Governance: Woodside has disclosed a list of its direct memberships to industry associations in a dedicated report in October 2020. However, Woodside maintains links to several other industry associations that appear to be lobbying negatively on climate policy. Senior Woodside executives are present on the boards of the Australian Petroleum Production and Exploration Association, the Business Council of Australia, and the Chamber of Minerals and Energy of Western Australia, three organizations which have traditionally lobbied negatively on progressive climate policy in Australia.

CEO of Woodside is on the board of APPEA

Woodside executive is vice-chair of APPEA's board.

Woodside executive is on the board of APPEA

CEO of Woodside is on the board of APPEA

Woodside executive is vice-chair of APPEA's board.

Woodside executive is on the board of APPEA

Woodside is a member of the Global Engagement Task Force Committee. (Membership in the task force committee up to date 05/01/2021)

Woodside's CEO is a board member of BCA.

Woodside is a member of BCA

Woodside is a member of the Global Engagement Task Force Committee. (Membership in the task force committee up to date 05/01/2021)

Woodside's CEO is a board member of BCA.

Woodside is a member of BCA

Woodside Energy is one of 82 members of IOGP.

Woodside is a direct member of IOGP

Woodside Energy is one of 82 members of IOGP.

Woodside is a direct member of IOGP

Woodside is one of over 80 direct members of CMI.

Woodside is one of over 80 direct members of CMI.

Woodside is one of 24 direct members of AIGN.

Woodside is one of 24 direct members of AIGN.

Woodside is an indirect member of GasNaturally, through its membership of International Association of Oil and Gas Producers (IOGP)

Woodside is an indirect member of GasNaturally, through its membership of International Association of Oil and Gas Producers (IOGP)

Woodside is an associate member (Correct as of September 2021)

Woodside is an associate member (Correct as of September 2021)

Woodside is one of 22 associate members of AIP.

Woodside is one of 22 associate members of AIP.

Woodside is a member of International Gas Union as of September 2021.

Woodside is a member of International Gas Union as of September 2021.