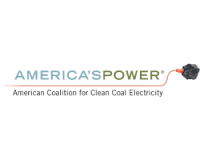 Top-line Messaging on Climate Policy: America’s Power CEO Michelle Bloodworth acknowledged that climate change is “a very important issue” in a testimony before the Pennsylvania House of Representatives Environmental Resources and Energy Committee in July 2020. This represents a more progressive position by America’s Power, which had previously promoted climate change misinformation via reports and blog posts in 2014.

However, America’s Power still does not appear supportive of ambitious and urgent action on climate change. In a submission to the Federal Energy Regulatory Commission in December 2020, the entity did not support carbon pricing because it might accelerate coal retirements. In the same submission, it supported a “technology-based strategy” to address climate change, in order to allow time for cleaner and more affordable technologies to evolve. America’s Power does not appear to explicitly support the Paris Agreement, with former President Paul Bailey supporting US withdrawal in June 2017.

Engagement with Climate-Related Regulations: America’s Power appears to be broadly unsupportive of climate-related policy. In an April 2021 statement on the US 2030 GHG target of 50-52%, CEO Michelle Bloodworth suggested that "it makes no sense environmentally or economically" if China continues to increase its emissions for the next ten years. In a July 2020 testimony to the Pennsylvania House of Representatives, CEO Michelle Bloodworth opposed the US Regional Greenhouse Gas Initiative, a mandatory cap-and-trade scheme. In tweets from July 2020, America’s Power also opposed the extension of wind and solar tax credits in the US.

America’s Power has previously engaged extensively and negatively with US GHG emissions regulations. In a March 2019 submission to the US Environmental Protection Agency (EPA), the entity called for the adoption of weaker New Source Performance Standards, which would facilitate the generation of new coal-fired power plants. In July 2019, it asked to legally defend the repeal of the Clean Power Plan in an upcoming lawsuit, following extensive lobbying against the policy from 2014-18.

Positioning on Energy Transition: America’s Power does not appear to support the low-carbon energy transition and continues to strongly support a sustained role for coal in the energy mix, contrary to IPCC guidance. In 2021, the entity has consistently opposed the retirement of coal-fired plants in the US via its corporate website, social media, responses to legislative consultations and CEO messaging.

In September 2021, America’s Power CEO, Michelle Bloodworth, wrote a letter to the US Committee on Energy & Commerce opposing the proposed Clean Electricity Performance Program (CEPP), which would provide federal investments and financial incentives to suppliers that deliver “clean electricity”. In August 2021 comments to the Midcontinent Independent Operator (MISO), America's Power criticized the retirement of coal-fired plants in the US. In a submission to the Federal Energy Regulatory Commission in December 2020, America’s Power suggested that eliminating the entire US coal fleet would have a “minimal effect, at best, on climate change, especially if other countries continue to increase their emissions”.