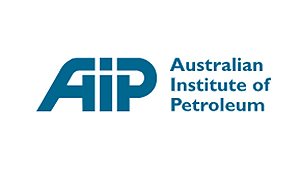 Climate Lobbying Overview:The Australian Institute of Petroleum (AIP) appears to have had limited engagement on climate policy. Where it has engaged, however, AIP appears to be broadly unsupportive of action on climate change and has lobbied government to delay or weaken ambitious policy interventions.

Top-line Messaging on Climate Policy: The Australian Institute of Petroleum appears to support mitigation of greenhouse gas emissions in its 2017 climate change statement, however, it has also advocated the use of international units to meet domestic emissions reductions, and it does not appear to support the emissions reductions required by the IPCC. In its climate change statement, released in 2020, AIP describes climate change as being one half of a dual challenge, the other half being the supply of reliable and affordable energy, and it goes on to state support for the Paris Agreement. However, the AIP appears to call for policy that also considers both sides of the ‘duel challenge’ at the lowest cost to society, stating a preference for a market-based response using international offsets and a carbon price.

Engagement with Climate-Related Regulations: InfluenceMap was unable to find any evidence of direct engagement on climate-related policy and regulations since 2017.

Positioning on Energy Transition: The AIP do not appear to support the energy transition. The organization has repeatedly opposed more ambitious fuel standards in the transport sector; in 2017, it successfully lobbied against a proposal to bring fuel standards in line with European regulations, and also successfully delayed the implementation of the weaker policy until 2027. The Australian Institute of Petroleum also opposed policy mandates designed to increase demand for alternative fuels such as biofuels in its 2017 climate change policy statement, although the organization appears to support the role of such fuels in the energy mix. Furthermore, in 2020, the organization advocated the removal of excise concessions on alternative fuels to petroleum while in its 2020 climate change statement, the association advocated for Australia’s petroleum industry to not be competitively disadvantaged by climate policy in Australia, appearing to suggest that Australia should not be a leader in policy surrounding the energy transition.