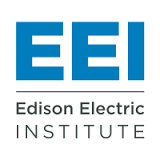 Climate Lobbying Overview: Edison Electric Institute (EEI) lobbies with mixed positions on US climate policy. While the association has made high-level statements supporting the Paris Agreement and the reinstatement of climate policy under the Biden administration, it has lobbied in opposition to specific forms of climate policy and appears committed to preserving the role of fossil gas in the energy transition.

Top-line Messaging on Climate Policy: EEI seems to support the general need for government regulation to respond to climate change, though its position appears focused on federal support for technological advancements in the power sector. In 2021, the association submitted comments to the US Office of Management and Budget arguing that the social cost of GHGs, a metric used in the making of climate policy, should apply exclusively to federal regulations rather than state-level and project-level decision-making. EEI has not clearly supported global emissions reductions in line with IPCC recommendations, though it supported the re-entry of the US in the Paris Agreement in 2021.

Engagement with Climate-Related Policy: EEI demonstrates mixed engagement with climate-related legislation and regulation. In 2021, Gizmodo reported on EEI's role advancing lower energy efficiency building codes set by the International Code Council. In 2020, EEI presented its member utility FirstEnergy with an award for successfully lobbying for the passage of Ohio House Bill 6, a bill that significantly reduced the state's energy efficiency and renewable portfolio standards. Similarly, in 2019, it nominated Arizona Public Service for its advocacy defeating Arizona Proposition 127, a bill proposing a mandate of 50% renewable energy by 2030 for Arizona utilities. In July 2021, EEI commented on the need for a federal Clean Energy Standard to include fossil gas. In addition to renewable standards, EEI’s negative position on distributed solar has been widely covered since 2015. The New York Times reported on its role drafting model state bills against net metering in 2017, and in 2020, GreenTech Media noted its neutral stance on a petition asking the Federal Energy Regulatory Commission to declare net metering illegal.

EEI’s engagement with GHG emissions regulation appears more positive. In 2021, the association supported the reinstatement of federal methane regulations throughout the fossil gas supply chain. Additionally, in July 2021, EEI also submitted comments to the EPA supporting the restoration of California’s Clean Air Act waiver, previously revoked under the Trump administration, which allows the state to enact its own fuel economy standards.

Positioning on Energy Transition: EEI's engagement with the energy transition appears focused on protecting the role of fossil gas. According to the Energy and Policy Institute, EEI ran a training camp in 2019 to advise utilities on how to run campaigns against state-level fossil gas bans, among other climate policies. In its 2020 financial report published in March 2021, the association supported the long-term role of fossil gas, especially in colder regions, without mentioning the need for methane abatement or carbon capture. While EEI Chairman Anderson appeared to support a diminishing role for fossil gas in the energy mix in November 2020, Utility Dive reported on EEI’s support for new fossil gas infrastructure several months later. In January 2021, EEI President Tom Kuhn released a statement advocating for preserving fossil gas in the energy mix. There were some ambiguities in his position concerning the conditions and timelines for ensuring CCS deployment.