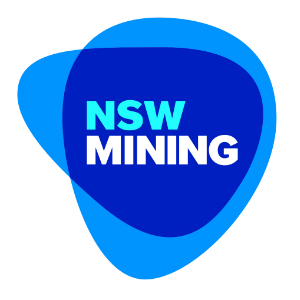 Climate Lobbying Overview: The NSW Minerals Council (NSWMC) appears to negatively engage with climate policy in Australia, particularly on federal and state planning legislation. NSWMC has also actively supported a sustained role for coal in the energy mix in Australia.

Top-line Messaging on Climate Policy: NSWMC’s climate change position statement on its corporate website, accessed in August 2021, stated support for the Paris Agreement and supported limiting global warming to “well below” 2°C. This position statement also appeared to call for a climate policy framework, although with significant exceptions: NSWMC appeared to favor a market-based approach, supporting “least cost” abatement and emphasizing the need to protect trade competitiveness. In response to the 2020 Review of the Environment Protection and Biodiversity Conservation Act 1999, QRC also opposed the consideration of climate change and emissions reductions under Australia's landmark environmental legislation.

Positioning on Energy Transition: NSWMC is a strong proponent of a sustained role for coal in the energy mix. In its climate change position statement on its corporate website, accessed in August 2021, NSWMC supported a role for “advanced coal” in the future energy mix alongside gas and low emission technologies such as renewables and batteries, without specific reference to the need for CCS. In an April 2021 response to a Parliamentary Inquiry into the regulation of investment in Australia’s export industries, NSWMC also criticized financial institutions which phased out coal financing, arguing there would be strong demand for Australian coal for decades. In February 2021, CEO Stephen Galilee called for the NSW Government to intervene on the Independent Planning Commission’s (IPC) decision to reject a coal mine extension project. Since 2019, has run a public information campaign called “Fix the NSW Planning System” which targets the IPC and Planning Minister Rob Stokes over the consideration of scope 3 emissions when assessing new coal projects.

NSWMC has also actively lobbied for support for the mining industry in response to the COVID-19 pandemic. In July 2020, it published a report titled ‘Mining for the Recovery’ which advocated for the approval of 21 coal projects to aid NSW’s economic recovery. In August 2020, NSWMC’s Pre-Budget Submission to the NSW Government called for support for the development of new coal projects and opposed any new fees or levies in the mining industry.