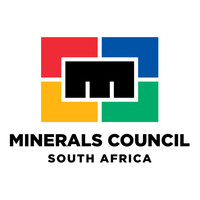 Climate Lobbying Overview: The Minerals Council South Africa (Minerals Council) appears to be actively and negatively lobbying climate change policy in South Africa, particularly on the issue of the carbon tax and the role of coal in the energy mix. However, the group has shown some support for renewable energy and GHG emissions legislation in 2020-21.

Top-line Messaging on Climate Policy: The Minerals Council appears broadly unsupportive of ambitious climate action, albeit with limited top-line communications in 2020-21. In its September 2019 Quarterly Update, CEO Roger Baxter stated support for South Africa’s ‘Peak, Plateau, Decline’ emissions trajectory in the country’s Nationally Determined Contribution (NDC) under the Paris Agreement. It is, however, worth noting that independent scientific analysis from Climate Action Tracker finds this NDC target to be “Highly Insufficient”, and in line with scenarios that deliver 3°C-4°C warming. On its ‘Coal Mining Matters’ website, accessed in May 2021, the Minerals Council also appeared to emphasize the need to protect the competitiveness of South African industry in a carbon-constrained world, suggesting a the entity supports a cautious rather than ambitious policy response to climate change.

Despite this, in its 2019 Annual Report, published in May 2020, the Minerals Council stated that it had promoted the implementation of various mitigation and adaptation measures in South Africa. In its February 2020 position paper on South Africa’s Budget, the Minerals Council also supported the “application of the full toolbox of measures to address climate change”.

Engagement with Climate-Related Regulations: The Minerals Council’s engagement with specific items of legislation has focused primarily on South Africa’s carbon tax, which the group has consistently lobbied to block, weaken or delay since 2015.

In 2018, the Minerals Council argued to the Standing Committee on Finance that the tax was unnecessary to meet South Africa’s NDC emissions reductions. In a 2019 position paper on the impact of the carbon tax, the Minerals Council advocated for a 100% relief allowance and a near-zero tax rate for the mining sector in Phase 1. In its 2019 Annual Report, published in May 2020, the group disclosed that it had successfully lobbied to weaken the carbon tax via allowances to alleviate the impact on the mining sector, including trade exposure discounts and performance discounts.

The Minerals Council appears to have engaged more positively on other forms of regulation. In its 2019 Annual Report, published in May 2020, the group disclosed that it had directly advocated for the implementation of GHG emissions legislation in South Africa, including carbon budgets, pollution prevention plans, and reporting guidelines. In a May 2021 virtual summit, CEO Roger Baxter also supported the fast-tracking of renewable energy deployment under Bid Window 5 of the Renewable Energy Independent Power Producer Procurement Programme (REIPPPP) in South Africa.

Positioning on Energy Transition: The Minerals Council continues to support a sustained role for coal in the energy mix, despite top-line support for a “gradual” transition. In a September 2021 presentation to South Africa's Presidential Climate Change Commission, CEO Roger Baxter argued that coal-fired power remains critical to baseload power, and confirmed support for incentives and funding for "clean coal" technologies. In July 2021, CEO Roger Baxter argued on social media that coal would play a significant role in South Africa’s energy mix in the near to medium future. In comments to Mining Weekly in June 2020, Baxter further stated that coal-fired plants would provide significant baseload power in South Africa up until 2050. In its 2019 Annual Report, published in May 2020, Minerals Council also appeared to support the diesel rebate system, a form of fossil fuel subsidy in South Africa. In a submission on South Africa’s Draft Integrated Resource Plan in January 2019, the group advocated for the expansion of the Richards Bay Coal Terminal in South Africa. As of September 2021, the Minerals Council leads an initiative called ‘Coal Mining Matters’, which supports a significant role for coal in the energy mix.

However, the Minerals Council also appears to have some positive messaging targeting other issues related to an energy transition. For example, CEO Roger Baxter has communicated support for green hydrogen production via Twitter in September 2021.